If you are like me, a Kate Daniels die-hard, the little snippet below is a scrumptious little delicious nugget treat for you ;)

This is a re-post of Dali's story from the world of Kate Daniels series by Ilona Andrews: 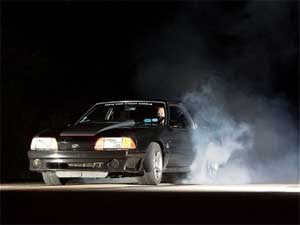 I peered through the windshield of my ’93 Mustang. The Buzzard Highway stretched before me, a narrow line of crumbling pavement vanishing into dusk. Below it ran the Scratches, a twisted labyrinth of narrow ravines gouged out of the ground by magic three decades ago, when our world began to end. The old road skimmed the top of ravines, rolling far into the distance, where the sunset glowed gold, red, and finally turquoise. There was something vaguely wrong with this picture, but I couldn’t put my finger on it.

The Buzzard Highway took no prisoners. Step too hard on accelerator, turn the wheel half an inch too far, and Boom! Pow! Fiery crash! To the bottom of the ravines you went. Only Atlanta’s best and craziest raced here.

That’s why I liked it. When a girl weighs a hundred pounds wet, her glasses look like a loupe borrowed from Sherlock Holmes, and everybody under the sun makes fun of her because she’s a vegetarian and blood makes her vomit, she has to do something for fun. The wild deafening chaos of Friday night Buzzard race was my fun.

It was so peaceful now. So quiet. Just me and the Mustang. I named it Rambo. It was a sweet car, built from ground up for one purpose: to go fast. We understood each other, Rambo and I. Rambo liked to kick ass, and I made sure it had a chance to show off.

My body was so light. It was an odd feeling, almost like swimming or floating through some feathery cloud.

A familiar face appeared in the windshield: pale skin, dark eyes, a long tattoo of a dragon wrapped around the neck, snaking its way down under the blue tank top. Kasen. Decent enough guy as wererats went. He worked the tow truck and liked to hang out at the races at Buzzard Highway. They were good for his business.

Kasen’s lips moved, but no sound came out. He looked kind of funny there, sideways, flapping his lips in silence. What is it you want, silly person?

The sunset behind him was sideways too, the highway running to the left the sky.

The phantom cotton clogging my ears vanished and the world rushed at me in an explosion of sound: the distant roar of car engines, the groaning of metal, and Kasen’s voice.

I tried to talk and my mouth worked. “Cool like a cucumber.”

He grinned. “You know the drill. Hold tight.”

I clamped my seat.

Kasen stepped out of my view. Rambo screeched. Metal clanged. I winced. Rambo, you poor baby.

The sunset turned and dropped into its rightful place with a shudder. Rambo’s tires hit the pavement and bounced once. The left lens of my glasses popped out of the frame and plunked onto my lap. I swiped it off my jeans, squeezed my left eye shut, and climbed out of the car.

Hot damn! Rambo’s front end looked like a crushed coke can. Water wet the highway, leaking from the hood – the enchanted water tank that let the car run during magic waves had ruptured. I must’ve taken the turn too fast.

Kasen peered at me. “Why is your eye closed? Did you hurt yourself?” 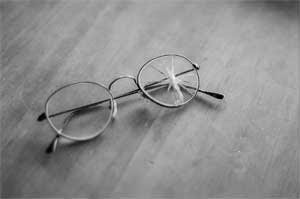 “No, it’s closed, because my glasses are broken, and looking through one lens makes me dizzy.”

“Situation normal, all fucked up.” Kasen rubbed the back of his head.

Thank you, Captain Obvious. “It’s not that bad!”

“You want Rambo towed to the usual place?”

“Yeah.” My races would be cancelled for a month. Bummer.

Kasen nodded at the Mustang. “That’s your second crash in three weeks.”

“Didn’t Jim forbid you to race?”

Jim was my alpha. The shapeshifter Pack was segregated into seven clans, by the family of the animal, and Jim headed Felidae with a big Jaguar paw hiding awesome claws. He was smart, and strong, and hot, and the only time Jim noticed my existence was when I made myself into a pain in the ass or when he needed an expert on ancient Far East. Otherwise, I might just as well have been invisible.

I raised my head to let Kasen know I meant business. “Jim isn’t the boss of me.”

It’s good that I wasn’t a wereporcupine, or his mouth would be full of quills. “Are you going to snitch on me?”

“That depends. When you die, can I have your car?”

Kasen sighed. “I’m trying to make a point here. I’ve been watching this race for six years now and I’ve never seen anyone crash as much as you. You’re my number one customer. You can barely see, Dali, and you take stupid chances. No offense.” 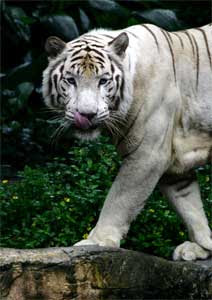 No offense, right. No offense stood for I’m going to insult you but you can’t be mad at me. I bared my teeth at him. When it came down to it, he was a rat and I was a tiger.

Kasen raised his hands up. “Fine. Forget I said anything.”

The world blinked. The colors turned slightly brighter, the scents grew sharper, as if someone dialed the picture’s resolution up a notch. A welcome warmth spread through my body – the magic wave had flooded the world. The distant roar of the gasoline engines choked and died. It would take fifteen minutes of chanting to get the enchanted engines to start. The race was dead.

“What if I take you to dinner?” Kasen said. “I know this really nice place down on Manticore…”

Wererats always knew this nice place to eat. They munched constantly or they went twitchy, meaning they suffered attacks of the hypoglycemia: cold sweat, headaches, convulsions, accompanied by nervousness and bouts of aggression. Not fun.

I squinted my open eye at Kasen. There was no reason for him to offer me dinner. Most likely, he just wanted to butter me up so he could get a shot at my wheels after my demise. Too bad for him – I might not have been the strongest weretiger or the most bloodthirsty, but my bloodline was pretty damn old. Lyc-V, the shapeshifter virus, and my family were good friends and the levels of virus in my body ran higher than in most shapeshifters. The higher the concentration of the virus, the faster the regeneration. Normally higher levels of Lyc-V also meant greater risk of losing your mind and turning into a crazed loup killer, but so far I hadn’t had to worry about that.

I was hard to kill. Nothing short of a fiery crash complete with a giant explosion at the end would send me into afterlife, so if Kasen was hoping to inherit my car, he would get a smoking wreck for his trouble.

I wrinkled my nose at Kasen. “Thanks, but no thanks. I need to get home.”

He heaved a sigh. “Maybe next time.”

“Sure. Maybe next time.”