About The 5 Greatest Warriors by Matthew Reilly:

Synopsis:
It Began With Six Stones

Jack West Jr and his loyal team are in desperate disarray: they've been separated, their mission is in tatters, and Jack was last seen plummeting down a fathomless abyss.

IT FINISHES HERE
After surviving his deadly fall, Jack must now race against his many enemies to locate and set in place the remaining pieces of The Machine before the coming Armageddon.

WHO ARE THE FIVE WARRIORS?
As the world teeters on the brink of destruction, he will learn of the Five Warriors, the individuals who throughout history have been most intimately connected to his quest.

OCEANS WILL RISE, CITIES WILL FALL
Scores will be settled, fathers will fight sons, brothers will battle brothers, and Jack and his friends will soon find out exactly what the end of the world looks like...

Source: Synopsis in the About The 5 Greatest Warriors by Matthew Reilly was taken from the author's website at http://matthewreilly.com/latest.html on 09/01/10.

My Take On This Book:
Action-packed militaristic adventure. Modern fantasy. The story-telling quality is 4 out 5. Not a dull reading moment! This is the final book of the Jack West Jr. series and ends the saga very nicely. I would give the story climax a 4.5 out of 5. This book tied in all 3 Jack West books to a nice close. The ending is satisfying and does not disappoint despite the high expectations I had. Overall, I would give this book an entertainment value of 4.5 out of 5. 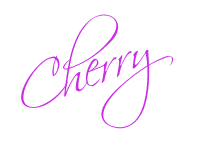