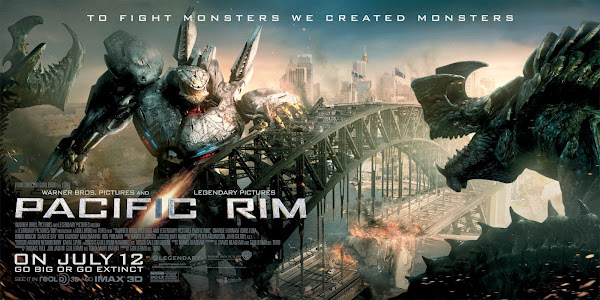 I saw this movie at the cinema about a few months ago so this is another retrospective review. Now I am an urban fantasy geek so ofcourse I love big monsters and a fight of good versus evil. The cinematography wasn't too bad but for some reason the movie makers still used good old fashioned props in lieu of CGI (computer generated imagery). I could clearly see the non-moving plastic bits. Although they clearly have CGI because the fantastical elements interacting with live actors has to be CGI. So I don't know the reasoning behind it, but it brought the rating of this movie down a notch. Though you couldn't rate it too low because when they did use CGI, the mixing of CGI with non-CGI elements is smooth and flawless. It was fantastic to watch! The plot was quite straight forward. Evil monster present. Beat evil monster. The end. But like I said, I am a fantasy geek, so I tend to forgive a lot just to get my fantasy fix. I find this movie entertaining enough to warrant... probably a 4. But not masterpiece enough to get a 5.

Overall Rating: 4 out of 5 cherries 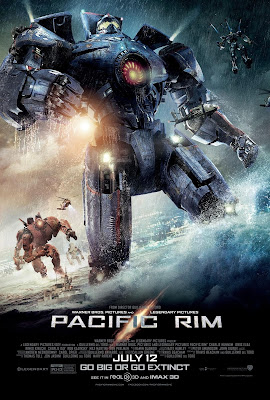 When legions of monstrous creatures, known as Kaiju, started rising from the sea, a war began that would take millions of lives and consume humanity's resources for years on end. To combat the giant Kaiju, a special type of weapon was devised: massive robots, called Jaegers, which are controlled simultaneously by two pilots whose minds are locked in a neural bridge. But even the Jaegers are proving nearly defenseless in the face of the relentless Kaiju. On the verge of defeat, the forces defending mankind have no choice but to turn to two unlikely heroes - a washed up former pilot (Charlie Hunnam) and an untested trainee (Rinko Kikuchi) - who are teamed to drive a legendary but seemingly obsolete Jaeger from the past. Together, they stand as mankind's last hope against the mounting apocalypse. Written by Del Torro